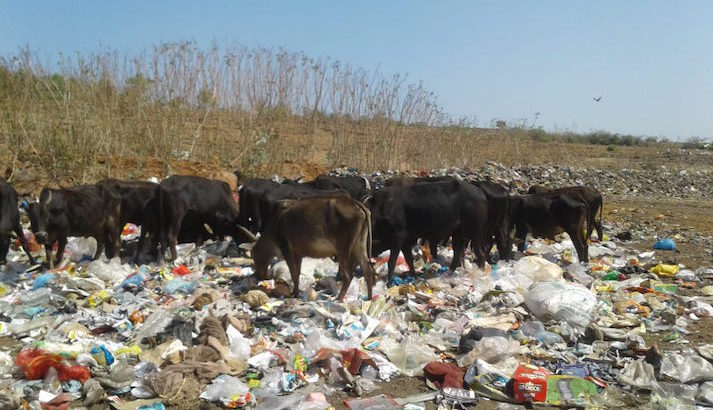 Message from a Singaporean Tourist to Local and District authorities, 2019

Gokarna has a good location by the sea. The sunset is beautiful, the beach is long with

fine soft sand. There are interesting things to do like riding a camel on the beach or

However, the enjoyment of this place is spoilt when there is rubbish everywhere, on the

street, in the drains, on the beach, and even at the temple. The river that runs along

Ramateertha Road is so dirty its water is black, and it stinks. In the morning and evening, it

Clearly there needs to be better waste management in Gokarna. Here are a few measures

that can be taken.

I saw that bins were few and often full. There needs to be more dustbins and regular waste

collection, especially at the busy spots.

penalised with a fine.

bins by issuing a fine of 10 rupees to anyone caught littering.

Along Ramateertha Road, there is a river so dirty its water is black and it smells

disgusting. I’m sure it is a breeding ground for mosquitoes and all sorts of disease. Tourists

I spoke to some locals who told me that homes, guesthouses and other businesses along

the river often do not have a septic tank and human waste is discharged there. During the

monsoon, the river flows out to the main beach, contaminating the beach and sea.

Homes, hotels and businesses that have a toilet must be made to install septic tanks and

not simply discharge human waste into the river. Enforcement action must be taken

against anyone who does not comply.

According to a few people I spoke to, the large influx of tourists from other parts of the

country, in particular over the weekends and during festivals, is a major contributor to the

Gokarna to take into account the high visitor numbers. Only then can there be more bins,

more frequent waste collection, tighter enforcement of laws, and more to improve the

Appeal to Improve the Waste Management in Gokarna

I was impressed by the improvements to the main beach area, in comparison to how it was

on my last visit more than two years ago. It is noticeably cleaner, the bins are more

conspicuous, seats for resting have been installed and there are lifeguards on patrol. I felt

very much more welcome as a tourist.

This, I hear, is due to the efforts of your department in awarding a tender to keep that area

of the beach clean and it is very commendable.

witnessing the improvements when I visit again soon.

I am very much thankful to your kind suggestion in this regard madam. I will bring it

your suggestions in phase by phase. On behalf of the Dept, i am also eagerly waiting

for your suggestions in other aspects of development administration.

Engineer in Govt of Karnataka, and I have made a By-law for gokarna ‘s solid waste

management which is approved from gokarna gram panchayat (local body). This Bylaw

included all the points which u have mentioned in your mail. So it is now gram

panchayath’ s part to implement the By-law. I think AC Kumta is trying hard to bring

improvement in gokarna, u can consult her. Email id acokumta@gmail.com

Appeal from a Russian Tourist to the Local authorities, 2017

We, undersigned, locals and tourists of Gokarna, MOST OF WHOM COME TO

GOKARNA FOR YOGA AND HEALING, are expressing discontent and resentment over:

1. the dreadful practice of several cafés, restaurants, shacks & guesthouses, as

well as of Gram Panchayat workers and general public, on THE MAIN BEACHES and

other places where DIFFERENT TYPES OF PLASTIC AND OTHER RUBBISH ARE

It is now well established that a wide range of poisonous substances, capable of

causing different diseases, including cancer, arise from open burning such as furans,

the environment), bio accumulative (build up in the tissues of living organisms) and toxic.

These three properties make them arguably the most problematic chemicals to

which natural systems can be exposed. Some of the emitted chemicals are carcinogenic

and some are endocrine disruptors.

particulate matter, have been associated with adverse impacts on respiratory health.1

Mostly, burning occurs late in the night, so during that period people have to inhale

poisonous air with the disgusting burning smell instead of the fresh marine air.

THEREFORE, THE GUESTS AND VISITORS OF GOKARNA (AS WELL AS THE

DISEASES INSTEAD OF HEALINGNESS OR HOLINESS!!!

Because local authorities do not remove rubbish from where it gets accumulated, nor

notify people for the compliance of the waste management rules, rubbish is burned in situ,

Because also local authority fails to impose penalties on the criminals of such violation,

We, undersigned, request that the local authorities:

1. take immediate action against those who burn rubbish

2. provide means to take the rubbish in due manner ensuring that part of it is given to

3. organize and commission some legal body to control and impose strict fines on

those who dump and burn any kind of rubbish.

Note – The State might lose an important revenue from tourism due to its negligence.

the impact may be economically disastrous.

Distributed pamphlet to the population